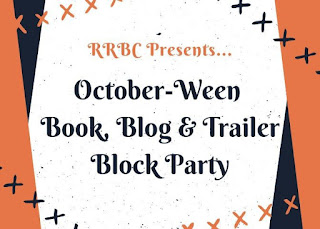 Welcome to the Rave Reviews Book Club Book, Blog, and Trailer Block Party here at Better Living Through Fantasy! Please read and comment for a chance to win one of my door prizes.


Today I'll be giving away

A $10 Amazon gift card plus bookmark

Number of winners for this stop: 3

I'm thrilled to be sharing with you both of my fantasy series, The November Snow Series and The Hexborn Chronicles. Both of them feature strong heroines with world-changing magical power, complex characters, and villains both dangerous and fascinating. There, however, the similarities end.

Do you like vampires, werewolves, and fairies, with some adult language and the occasional sexual escapade? Then November Snow is your girl.

Do you prefer a "clean" fantasy featuring kings, wizards, adventure, and a touch of romance? Then the Hexborn series has you covered.

Are your interests flexible but your demand for quality writing unyielding? Then I invite you to check out both of my magical worlds. 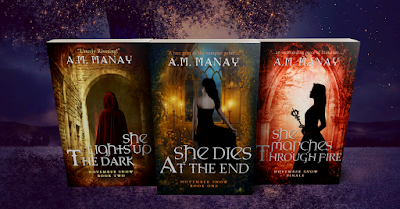 This time of year always feels especially fantastical to me. We have Halloween at the end of the month, plus Diwali, the Hindu festival of lights. On Halloween, we put on costumes to assume a new identity, to live in a fantasy for a short while. Reading is another way we inter into a fantasy, inhabiting a world of the author's creation. Within the story, the characters often also assume a new role or identity over the course of the book, transforming into something new.

In She Dies at the End, my main character November goes from being a carnival fortune teller to a major player in a supernatural civil war. In Hexborn, my protagonist Shiloh goes from being an outcast mountain orphan to a powerful knight and courtier.

Learn more about my characters and their journeys below, and share some of your favorite character transformations in the comments.

Book 1 of The November Snow Series: She Dies at the End

She’s watched her own burial a thousand times. November knows she is doomed, yet when a vampire and fairy from her vision finally appear at her door, it’s almost a relief. Drawn into a supernatural civil war, the psychic teenager fights to protect the innocent from cruel vampire lord Luka, who seeks to steal his father Ilyn’s throne. As betrayals pile up around her, November can’t help forming an unbreakable bond with the grieving Ilyn, who cares for her in her hour of greatest need. When Luka succeeds in getting his hands on the young soothsayer, can November stay alive long enough to foil his plans and escape his clutches? All she knows for sure is . . . she dies at the end. 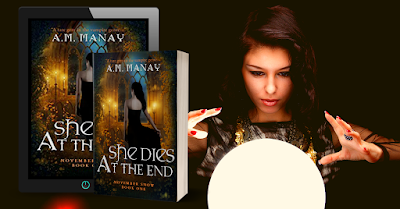 Perhaps it would be better to lose all hope. It would be easier to just snuff it out, she told herself.

And yet, she was sure that she would have felt Ilyn’s death, even at this distance. She knew that her vision of her own burial was a true seeing. Thousands of times it had come to her, unchanging.

Whatever Luka intended, whatever he might do to her, however broken she might become, she knew that it would be Ilyn who brought her to her next incarnation. This was her fate. She had always known it.

So, rather than snuffing it out, she blew on that ember of her hope until it was a little flame, and then she hid it away where no one could see, where it could keep her warm in the dark. And she prepared herself for battle.

Hexborn. Abomination. Unclean. Young Shiloh knows exactly what she is. Her missing hand and the world at large are ever ready to remind her. Outcast she may be, but her broken body hides great magical power. The king’s servant Silas seeks to use that power to preserve the uneasy peace the kingdom has enjoyed since the end of the Siblings’ War. He'll slit her throat if she threatens it instead. Will Shiloh prove her worth? Or will past sins rise to destroy Shiloh, Silas, and the kingdom of Bryn? 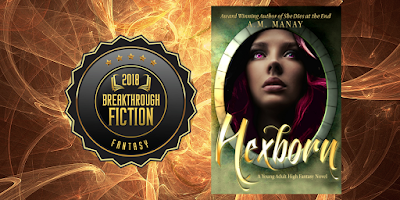 Shiloh broke off an icicle from the tree behind which she’d taken shelter and yanked off her glove with her teeth, then grabbed the ice in her bare hand. With this makeshift wand, she harnessed the power of water to cast a shield of protection around them, one which allowed the curses from Hatch and Perce to pass through unimpeded. The arrows of the Feralfolk, meanwhile, didn’t simply stop dead upon hitting the ward; they turned and sped back toward their points of origin, betraying those who’d loosed them.

Silas threw his head back and fairly cackled in delight when he realized what she’d done, then continued to cast his curses. The rest of the men stood up now that they had no further need to fear incoming projectiles, save Gil who lay bleeding in the road.

Intrigued? To learn more, check out my website or Amazon author page.

Please also take a look at the rest of the tour, which you can find here. Don't forget to leave a comment below. And happy reading!
Posted by A.M. Manay at 8:00 PM

Learn More About My Books